We left Baltimore to go back to Pennsylvania and the city of brotherly love: Philadelphia. We only had a few hours to visit Philadelphia but we took the time to see the historic old town and its attractions. Renown for the signature of the declaration of independence and the liberty bell, the city offers a variety of (free!) museums that relates the implication of Philadelphia and its habitants in the path to independence of the United States of America. Free museums and the last days really ease our budget!

We also took the time to go see the contemporary attractions of the city: Reading market (with famous philly cheese steak sandwich), the city hall and the famous LOVE monument. After this visit, we headed to the Citizens bank Park to the Phillies against the Nationals. For those of you that never been to Philadelphia, all the major league teams (Phillies, Eagles, 76ers and Flyers) stadiums and arena are in the same area. This allows you to use the huge parking lots that are used by fans whatever sports event is happening. It is also really great for tailgating! For those of you that are new with that word, tailgating is about eating, drinking and having fun before any sports event but directly from the parking lots surrounding the stadiums. Bring your BBQ, beer, beer pong table, etc. Since it was a Friday night, we got a great tailgate party.

We met a bunch of Phillies fans living in the area surrounding Philadelphia. They talked to us about the relation Philadelphia is having with their sports teams. First of all, they were proud to say that they were Philly four fans, fans of all the four major league teams in Philadelphia. They explained us that, even if the team is losing, the fans will show up just for the tailgating or to be with friends sitting at a major league game. Talking about the fans, baseball is in the Philadelphia culture so even with a bad record it’s not too hard to get a decent number of fans at the ballpark. We’d like to give a big shootout to the fans we met: we really had fun with you guys, loved playing boom and hope to hear from you when you’ll be visiting Montreal! 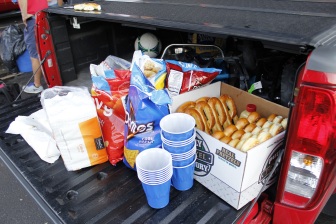 About the stadium, we realized that, apart from the fact that it’s a good location not too far from the city; Citizens Bank Park is really simple. Nothing is really special about it.  Sure the liberty bell illuminates and rings when the Phillies get a home run and you have a nice deck at center field where you get a different experience during the game but the ballpark is not extraordinary. The team doesn’t have a great record so fans were not attending the game in big numbers: some sections where totally empty. Still people were rooting for the team during the whole game. We realized that fans here were mostly between 25 and 40 years old, not too many family and kids were present.

Talking baseball, for a second game we got to see A.J. Burnett as a starting pitcher. He pitched well and got good help from his defense during the whole game. Jordan Zimmermann had more trouble allowing the Phillies to get runs early in the game. He had to leave with a biceps cramp and he will not be playing in the all-star game. Phillies gave a good show to their fans: they knocked two homeruns and they took the win 6-2. 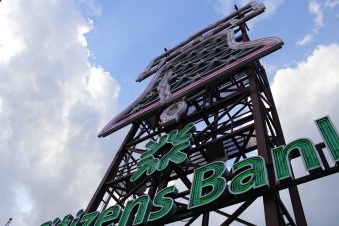 We looked at the end of the game from counters where fans can eat their food because we had a better view down there. We met a couple from Toronto who was also doing a baseball ballparks trip: Fenway, Citizens Bank Park and Camden Yards. Have fun in Baltimore! After the game, we made a quick stop at Xfinity live: a huge sports bar right next to the ballpark. The bar is divided in many sections (pub, dance, vip lounge, restaurant and outside bar) so fans can meet up after Philadelphia major sporting events. 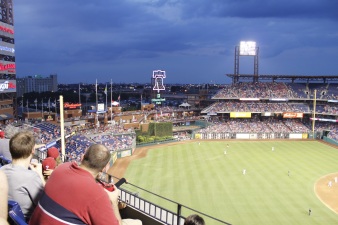 To conclude, we realized in Philadelphia that if the fans in your city are sports fan in general, it’s easy to keep your teams in good shape. Philadelphia is a city that is really proud of its team: a bar was called broad street bullies! Also, by offering the fans huge parking lots where they can tailgate party, you let your fan deciding to have a different experience which makes them come to the games even if the team is struggling.

We are really happy of our experience in Philly and again big thanks to our friends we met during the tailgate! Also we where happy that we met several other persons that wished us a team back in Montreal! We hope to have other tailgating events during the trip! 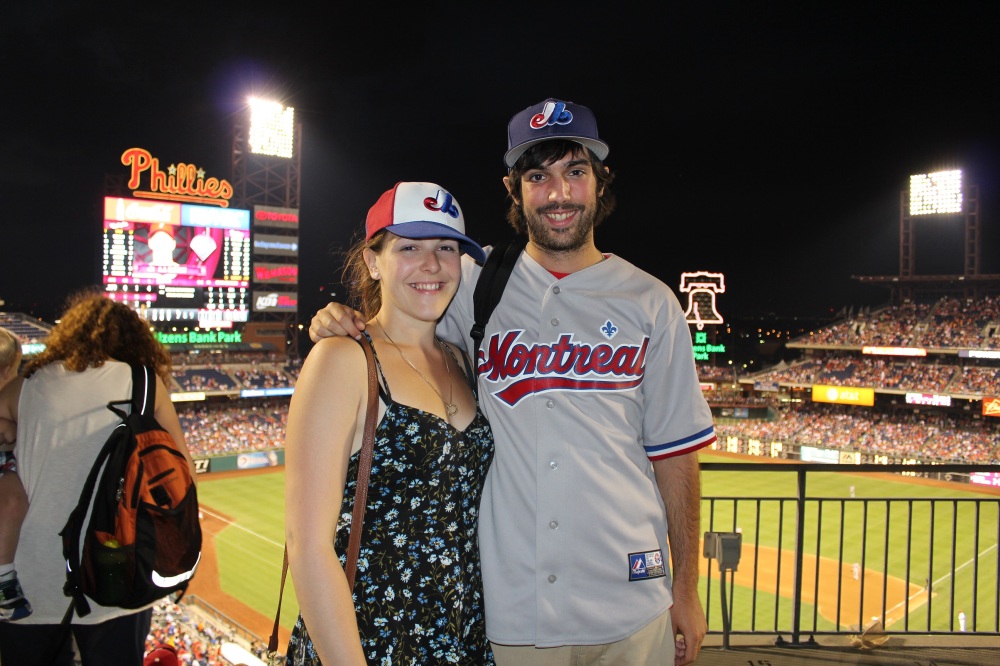 We’ll take a break with the baseball team for the all-star game but our next stop will be us going back to Washington on July 18th!

P.S Finally we found someone to do a t-shirt trade! We got a nice Phillies t-shirt and this lucky fan got a brand new expos t-shirt! Wear it proudly! 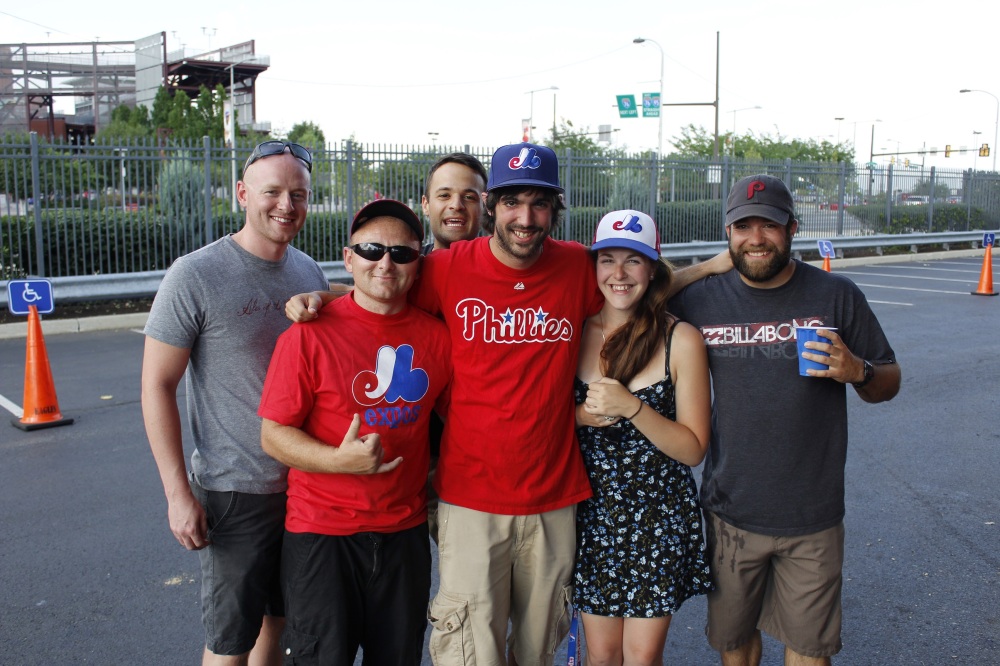